During October 17/21, study tour participants are seeking to understand the challenges facing local farmers in Laos, and how well-managed plantations can contribute to improving livelihoods and building resilience.

Landlocked Laos is one of Southeast Asia’s poorest states and remains heavily dependent on foreign aid. Most Lao people live in rural areas, with around 80% working in agriculture, mostly growing rice.

Well-managed plantations offer a chance to improve livelihoods and create socio-economic opportunities for locals. Plantation companies can also help to deal with one of the major challenges for people in rural areas: the risks associated with unexploded munitions (UXO) left from the USA’s bombing of Laos during the Vietnam War, which has left significant areas uncultivated and lacking in infrastructure.

This October 17-21, WWF’s New Generation Plantations (NGP) platform is holding its first-ever study tour in Laos. The event, co-hosted by Stora Enso and WWF-Laos, brings together over 50 practitioners from various fields and many different parts of the world.

During this week, participants are seeking to understand the challenges facing local farmers in Laos, and how well-managed plantations can contribute to improving livelihoods and building resilience. They will also share their knowledge, insights and experiences – including examples of local people successfully participating in plantation development.

This blog is written by Andrew Heald, a participant to the study tour. He is tweeting about the tour using #NGP2016 and via @andyheald 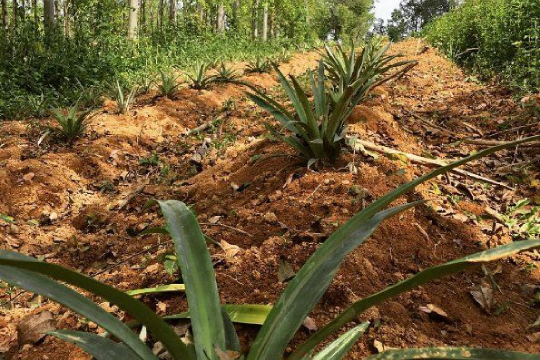 Savannakhet is the second city of Laos and from our hotel, we can look across the mile-wide Mekong River to Thailand. This is the starting point for about 50 international participants on the New Generation Plantations study tour to Laos.

On Sunday evening as everyone arrived at the hotel, we all had the chance to celebrate the “Okpansa” festival to welcome the rice harvesting season in Laos. October is the end of the rainy season, and local people give thanks to the rain goddess for a good crop (although we are hoping that the rain goddess keeps the weather dry for the duration of the study tour). As part of the celebration we all launched our own kratong into the Mekong River – a kratong is a beautifully handmade raft of banana leaves and candles – and we watched as these tiny flickers of light disappeared downstream into the darkness. In five days’ time, we will be 250 kilometres further down the Mekong River in Pakse – I wonder if any of our tiny Kratongs will race us there?

New Generation Plantations brings people together from different backgrounds, with different interests, to share their knowledge, experience and views, to listen and to reflect and question their own attitudes and actions. This study tour is hosted by the local WWF team in Laos and by Stora Enso, a Scandinavian paper company who have a number of trial plantations here.

The aim isn't just to show and tell but to ask questions and develop a wider understanding of land use, plantations and their development. In September, to help participants prepare for the trip, I wrote a think piece, which highlights some of the key issues we’ll talk about. The think piece doesn't try to provide lots of answers, but rather it asks lots of questions – how, what, why, when, where and who. Asking questions and listening to the answers is the only way to develop that understanding of these fundamental sustainability challenges that face us all.

Hopefully, by the time we have reached Pakse on Friday, we will all have asked a lot of questions and have had time to really listen and begin to understand some of the answers.

Day 2
Inside a cluster bomb

The first field day of the study tour starts off with a bang – literally.

Doug McInnes, Stora Enso’s unexploded ordnance (UXO) expert, detonated an explosive charge to demonstrate his work clearing unexploded munitions from one of the company’s plantation sites. That a forestry company needs to employ bomb disposal professionals tells us a lot about the recent history of Laos, and how that history impacts the present.

Driving around this part of Laos, it is easy to spot large bombshell cases – about 1.5 metres tall – in the villages. Some of them are used instead of timber posts to hold up people's homes, others as plant pots, and some just to mark a gateway to an important building.

Per capita, Laos is the most bombed country in the world. During the Vietnam war, the United States saw Laos as a strategic target, as the Vietnamese were kept supplied along the famous Ho Chi Min Trail, and much of the trail was in Laos.

Forty years later the war is still having an impact. Just last month four people, including two brothers aged 10 and 11, were killed when a bomb went off in a neighbouring district.

Clearing these UXO is essential for Stora before they can start cultivating a site for planting. The main challenge is finding the cluster bombs, which are about the size of an orange with fins, and full of ball bearings. They may have lain undisturbed for years but still pose a threat to the plantation workers or to communities which try to cultivate the land.

Every hectare must be checked with a strict methodology which is repeated again and again. On average Stora have found one bomblet for every hectare cleared. The cost is considerable – from US$800 up to US$1,500 per hectare depending on what has been found.

Stora not only clear the plantation sites but also the adjacent areas, which are used by the local community for agroforestry for food production. That will be the focus of tomorrow's visit. 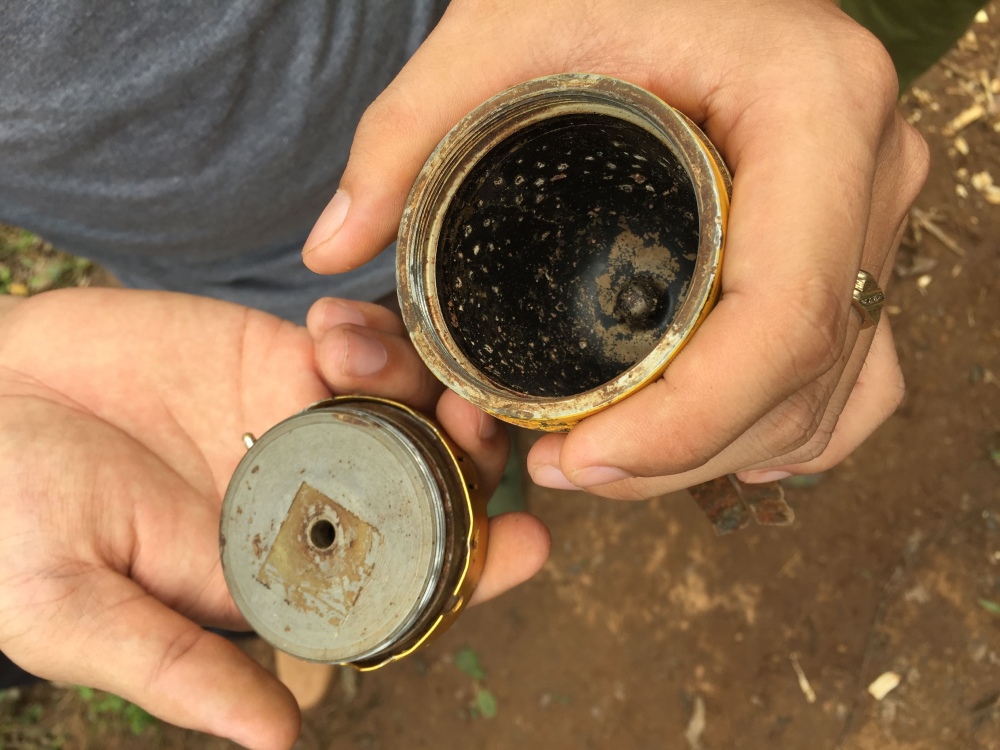 Deciding how best to use which areas of land for food production or for growing trees or for biodiversity is always a challenge. Attempting to resolve these land-use conflicts is vital if we are to sustainably meet the needs of a growing population now and in the future.

Stora Enso has developed an interesting response to these concerns, by fully integrating farming and forestry in its plantation design. This is vitally important in a country where 80% of the population still rely on farming for a livelihood.

The conventional spacing for growing eucalyptus is around two metres by three metres, producing about 1,500 trees per hectare, which delivers the maximum return for fibre and timber production. But here in Laos, Stora has adopted a different model. The trees in each row are grown more closely together, spaced just one metre apart. But there’s a nine-metre gap between each row, enabling the land in between to be farmed.

On previous NGP study tours in Brazil, we’ve seen other agroforestry models, where the grass was grown between the trees for cattle grazing. Sharing knowledge to develop understanding is a key part of our study tours, and it was interesting to debate these alternative approaches to agroforestry.

This wide spacing means a loss of about 10-15% in production in terms of forestry but optimizes the production of food. And that’s critical to Stora Enso’s “licence to operate” in Laos.

Stora also remarked that they had less pest and disease problems with the wider spacing and that it reduced the risk of fire spreading through the plantation. It also meant that the community could benefit further from the work to clear the unexploded bombs which I mentioned yesterday.

This relationship with local communities and with the Laos government at various levels is crucial to the success of the plantation operations. More about that tomorrow… 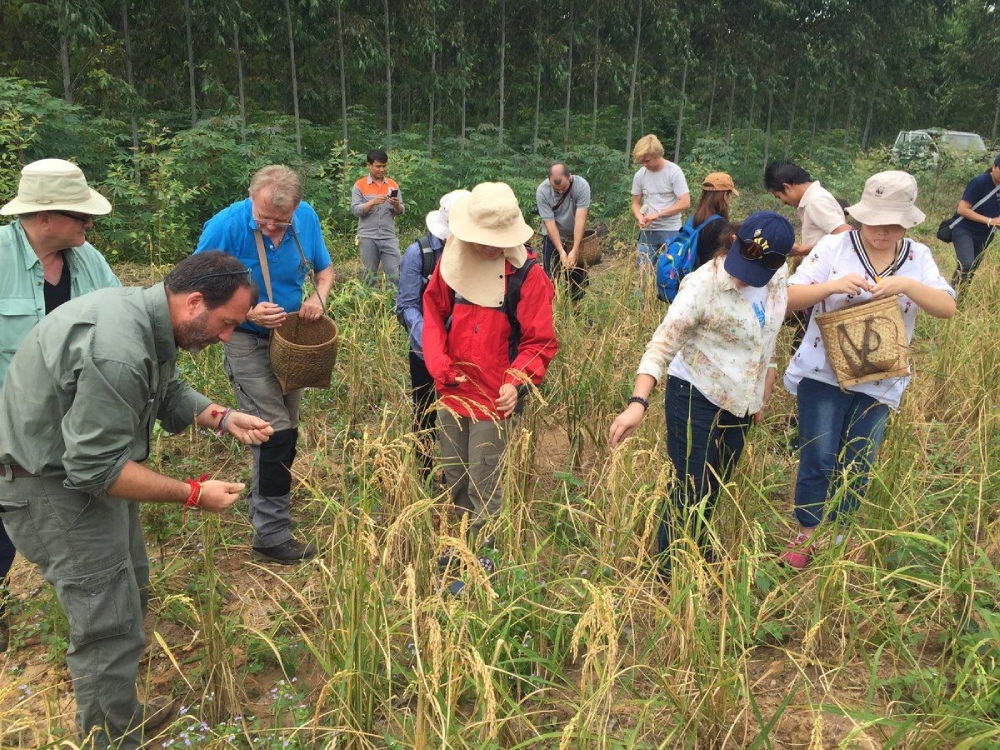 In 2015, NGP visited Chile and spent time with forestry companies and the indigenous Mapuche communities, learning about the long-term conflicts over land use. One of the Mapuche leaders told us that the companies had to learn how to work from the local communities, not just with or for them.

The same need is apparent in Laos. I mentioned yesterday that 80% of people in Laos still work in farming. It’s essential that any plantation operation doesn't threaten these livelihoods, or increase pressure on Laos's remaining natural forests by displacing agriculture production.

All land in Laos is owned by the government. Individuals can own “land-use permits”, but in many of the poorest rural areas these traditional rights are poorly documented.

Stora's model in Laos is to lease land for 30-50 years. To do so requires visiting local communities to discuss if the land is available, and then negotiating with local government about whether this land is suitable. The rental money is shared by both national and regional government and the local communities.

Rather than simply making a one-off cash payment, the rental money for the local communities is paid into a village development fund in several instalments. The community decides how to spend this money. In Kenglouang the first village we visited, it had been spent on installing electricity. We also learnt from conversations with village leaders that almost no-one had employment outside the village, so they felt it was important that Stora employed local people wherever possible to clear the sites and plant the trees.

We’ve seen similar projects in Brazil, where companies like Fibria have worked with community and development specialists to create “shared value” projects to resolve a number of land-use conflicts. The success of this approach was demonstrated by a massive reduction in timber theft, once local people were given a stake in the plantations.

Several times on this study tour, we’ve seen that the operational or technical challenges of growing trees are very much secondary to the social challenges of engaging and working with local people. Get that wrong and the project will fail. But get it right, and plantations and people can grow together.

We’ve filmed some of our conversations in Laos, which will be available soon on the NGP YouTube channel.

Day 5
Questions and answers, and questions

Somebody once told me that “Forestry isn't about trees, it’s about people.”

We always have a group feedback session on the last day of an NGP study tour. The groups reported back a number of recurring issues, and I’ll be writing a summary report on their excellent suggestions next week.

For any forestry plantation project to succeed it requires a range of skills and abilities – not just the technical and management skills on the forestry side, but increasingly the communication and social skills to engage a wide range of stakeholders. Plantation forestry inevitably means change – change in landscape and a cultural change for local communities. How people react to that change depends greatly on how it’s been communicated and whether they have had the opportunity to participate in planning and designing it.

We’ve spent this trip asking questions and working together to begin to construct answers. That’s a process that’s essential in Laos, as growth and development bring new challenges and new questions. And it applies to all the big global challenges, from sustainable development to climate change.

In 2017, NGP will be celebrating its 10th anniversary. We’ll be publishing an electronic book, looking at some of the answers we’ve come up with over the last 10 years, and the questions we’ll be grappling with in the future. And we’ll be returning to Edinburgh – where we hosted our first ever NGP meeting – for our Annual Encounter in June 2017. Watch this space…

I hope you found these blogs interesting. I’m more than happy to answer any questions via Twitter @andyheald 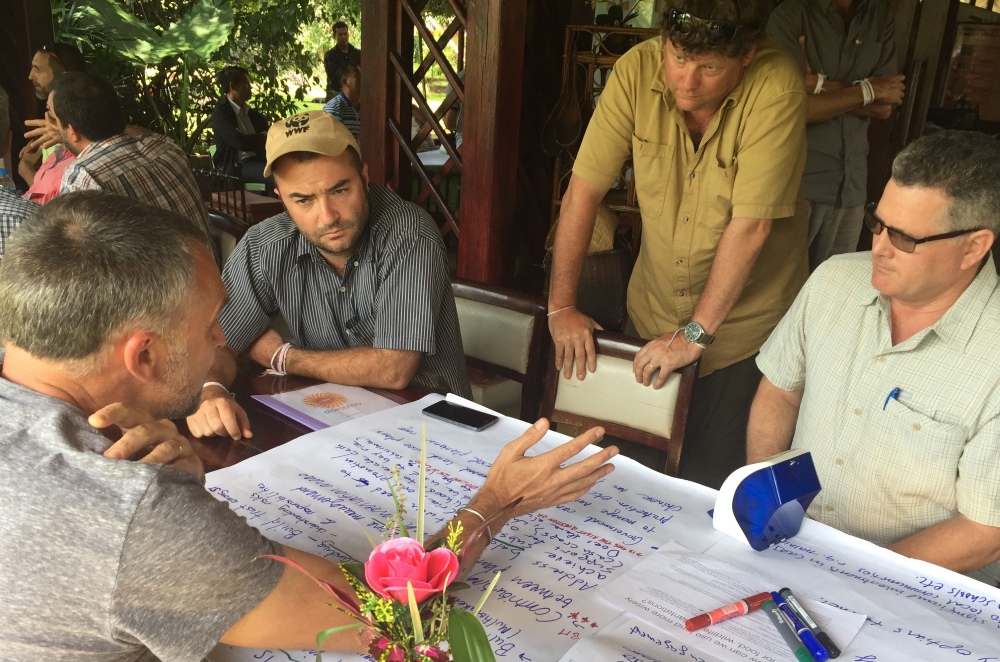 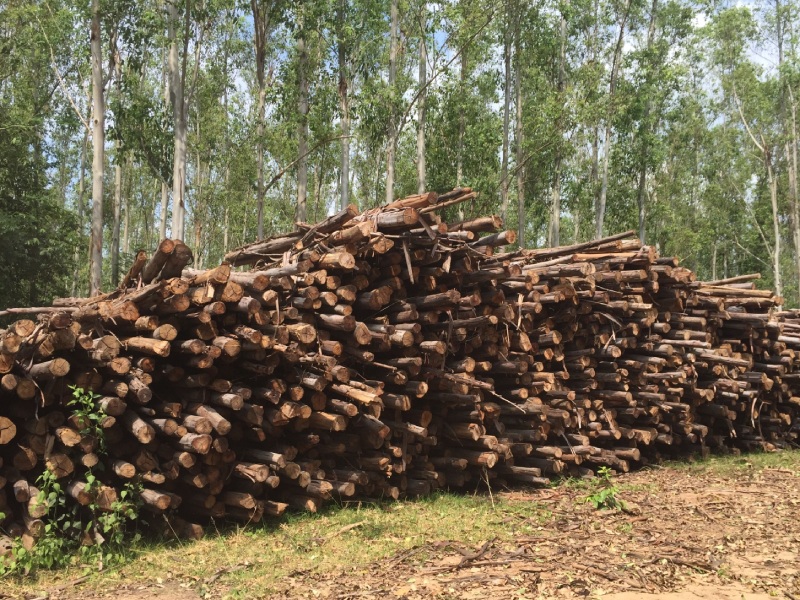 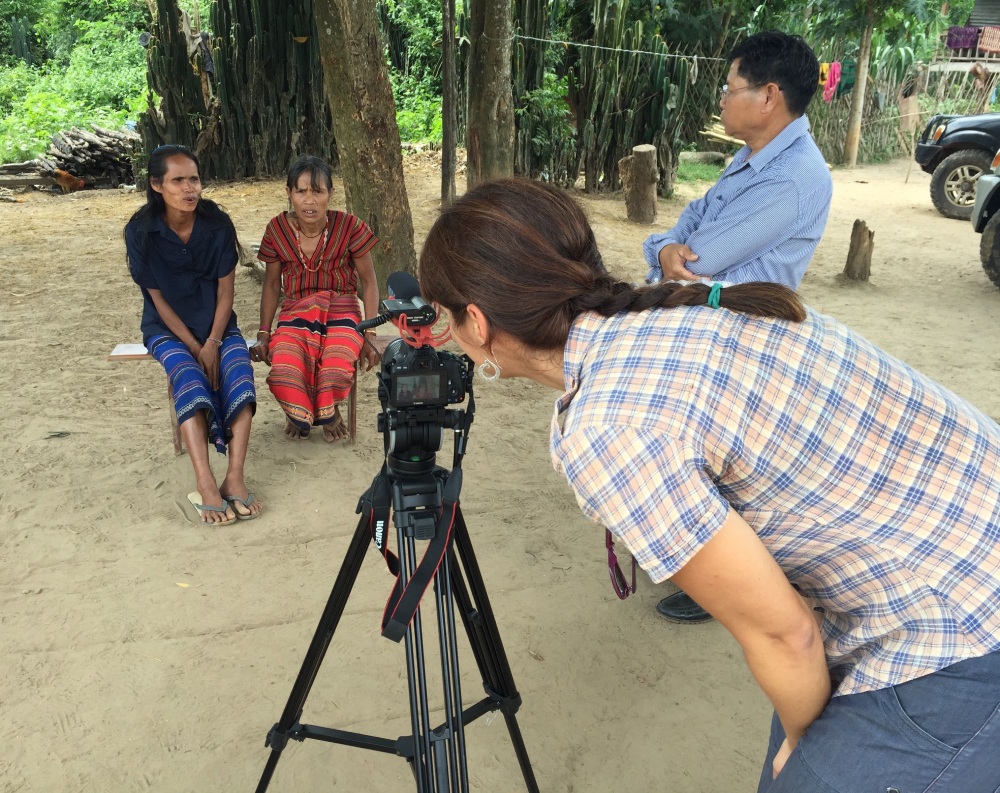 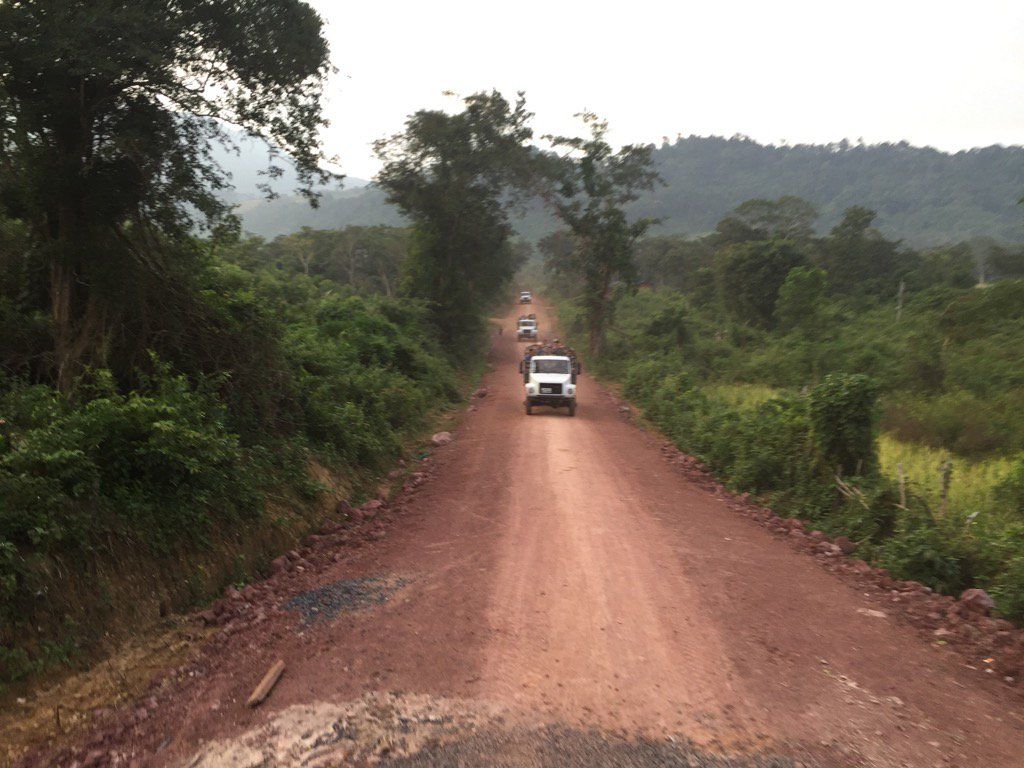 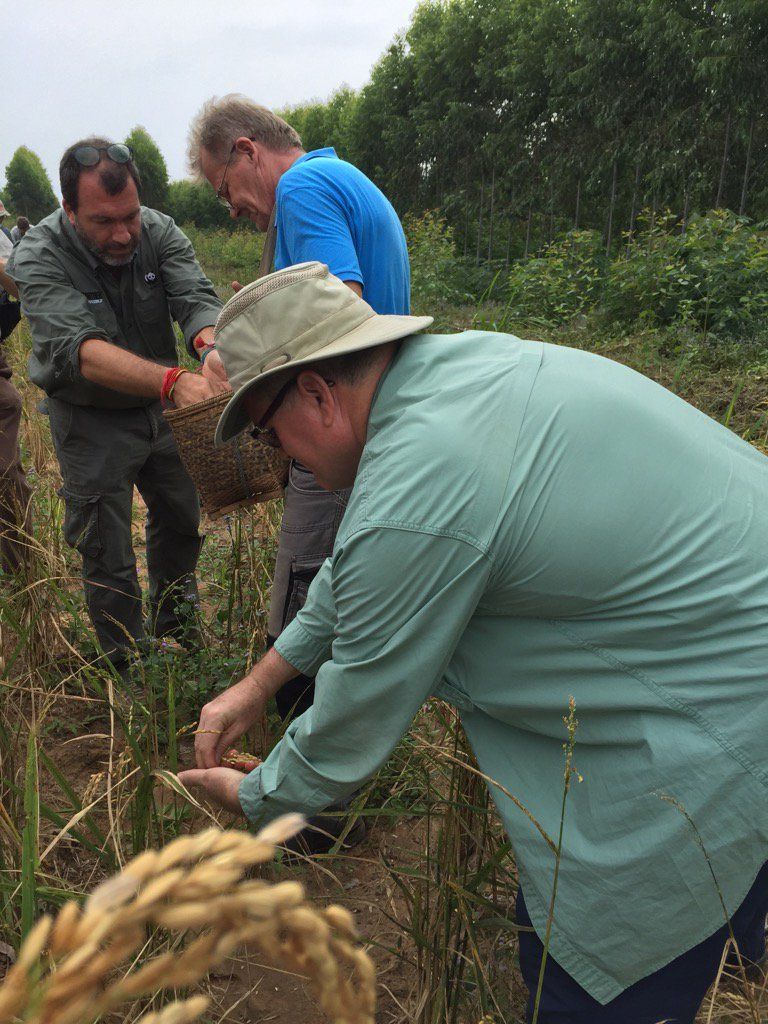 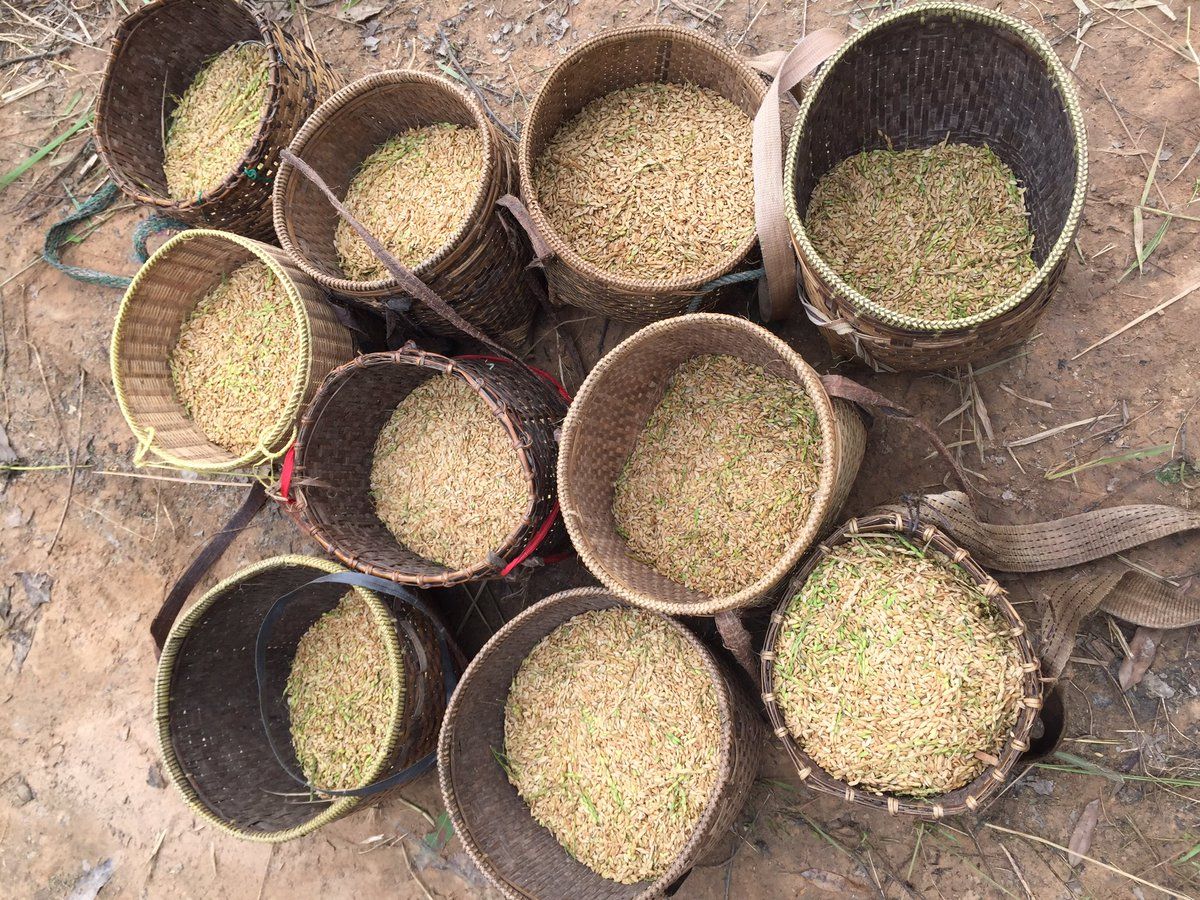 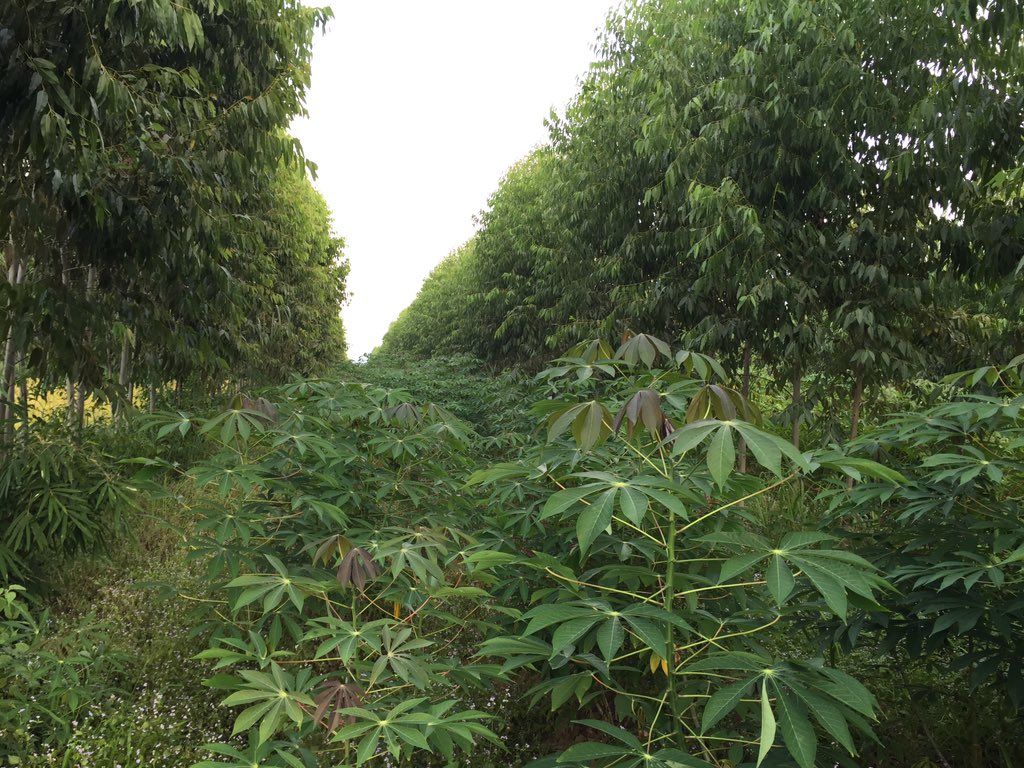 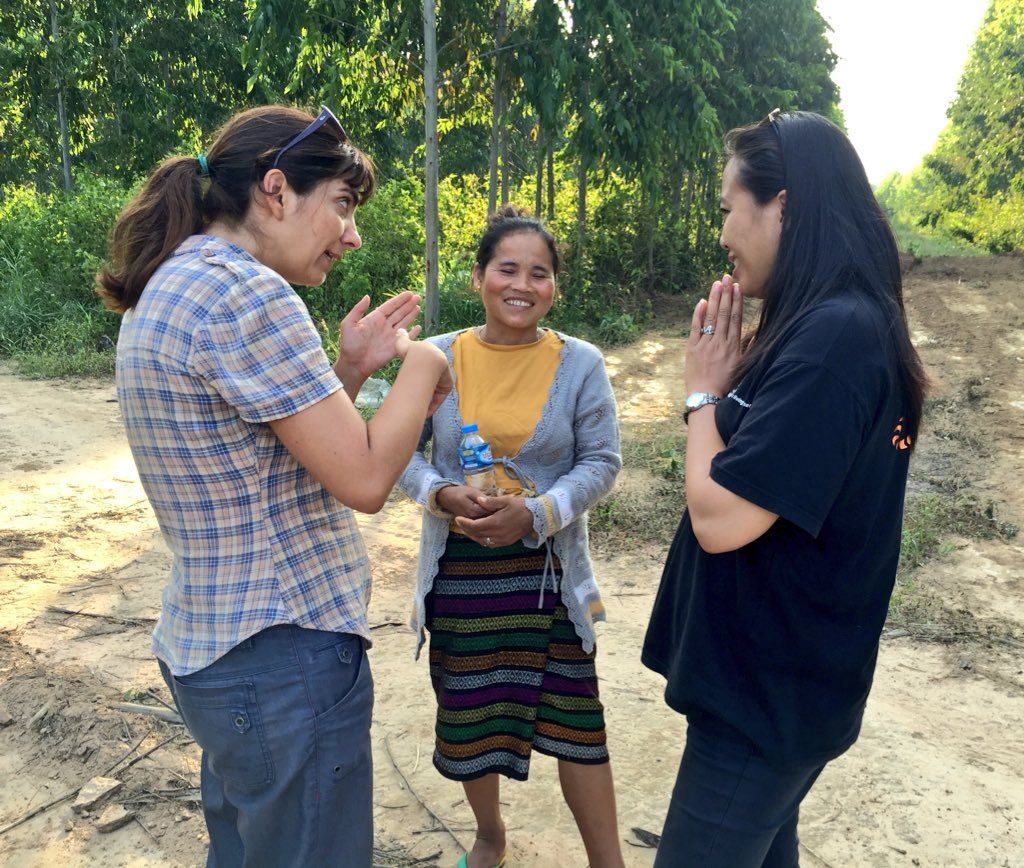 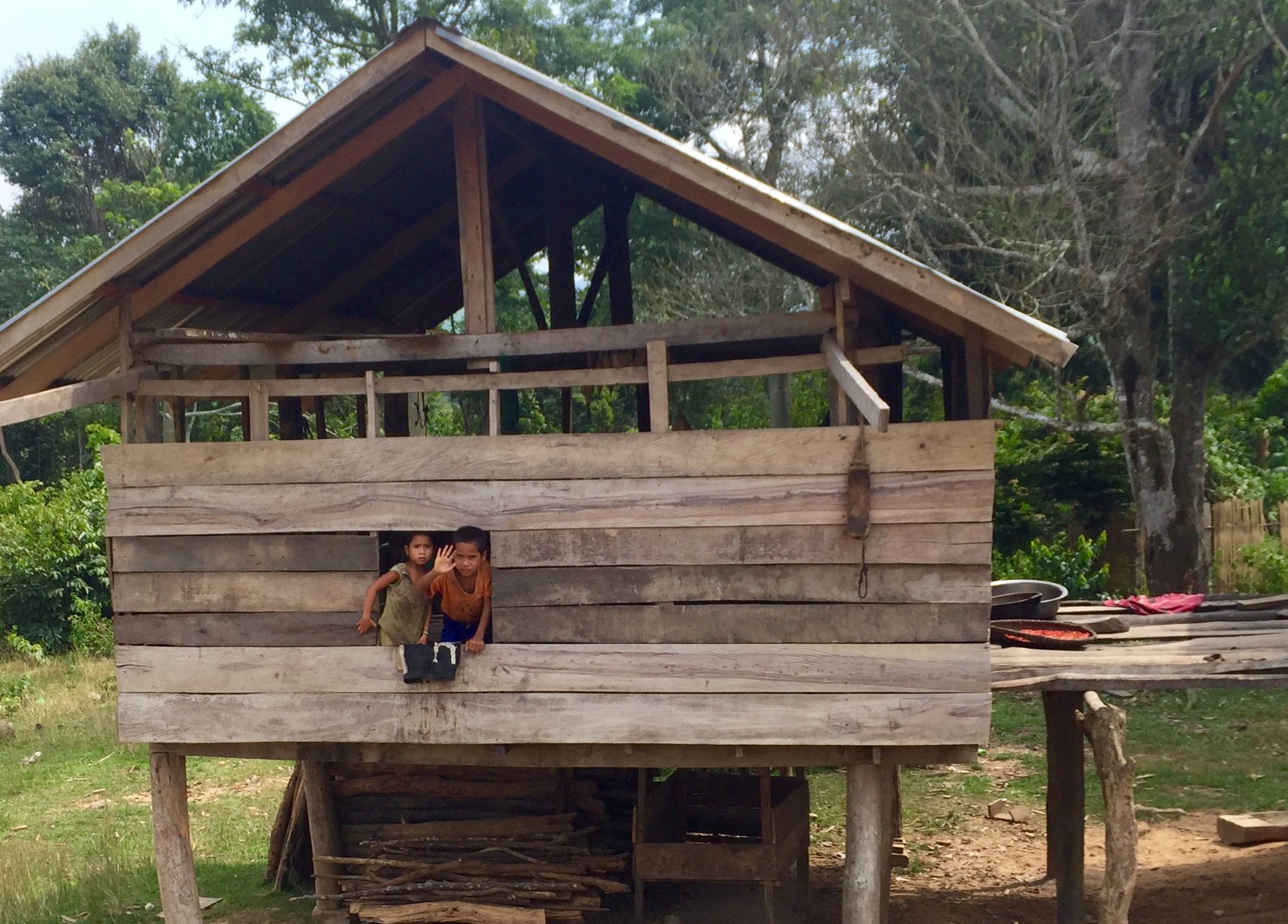 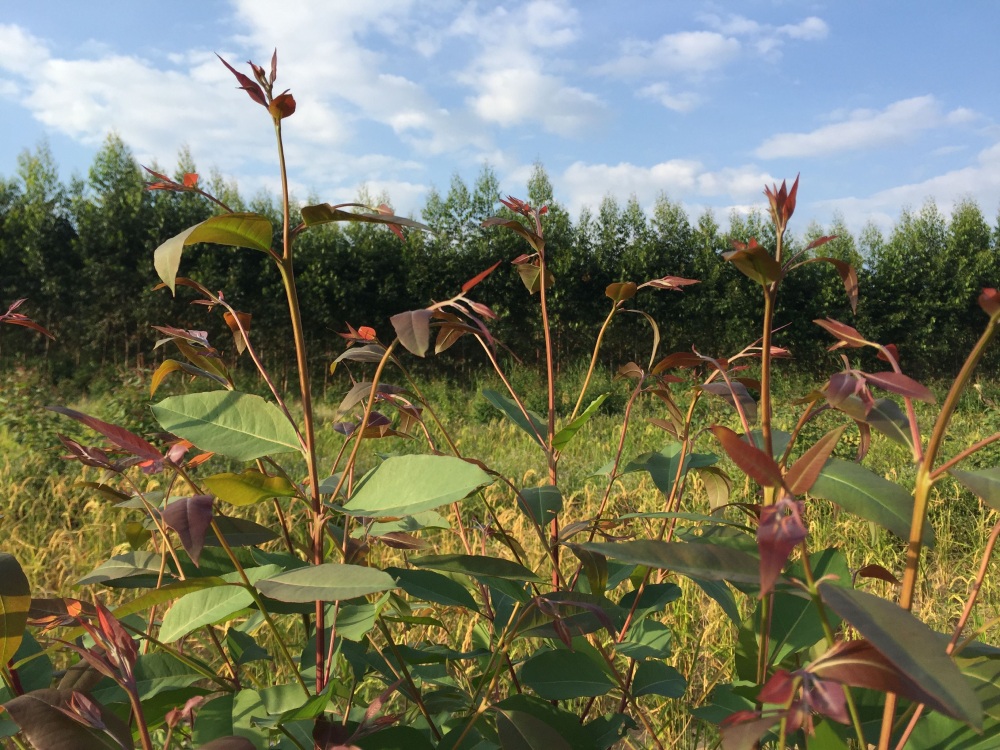 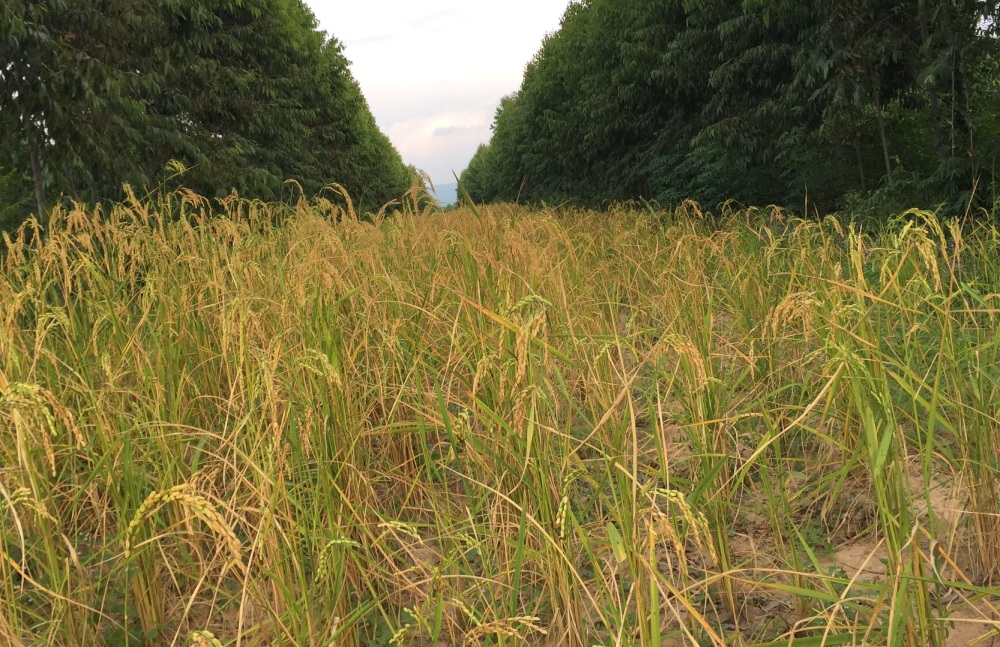 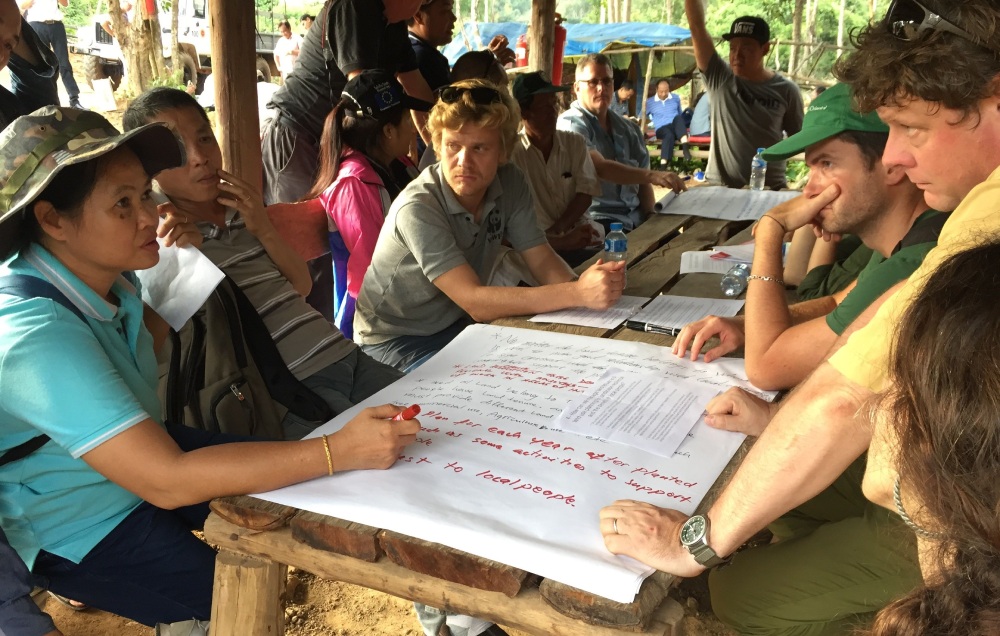 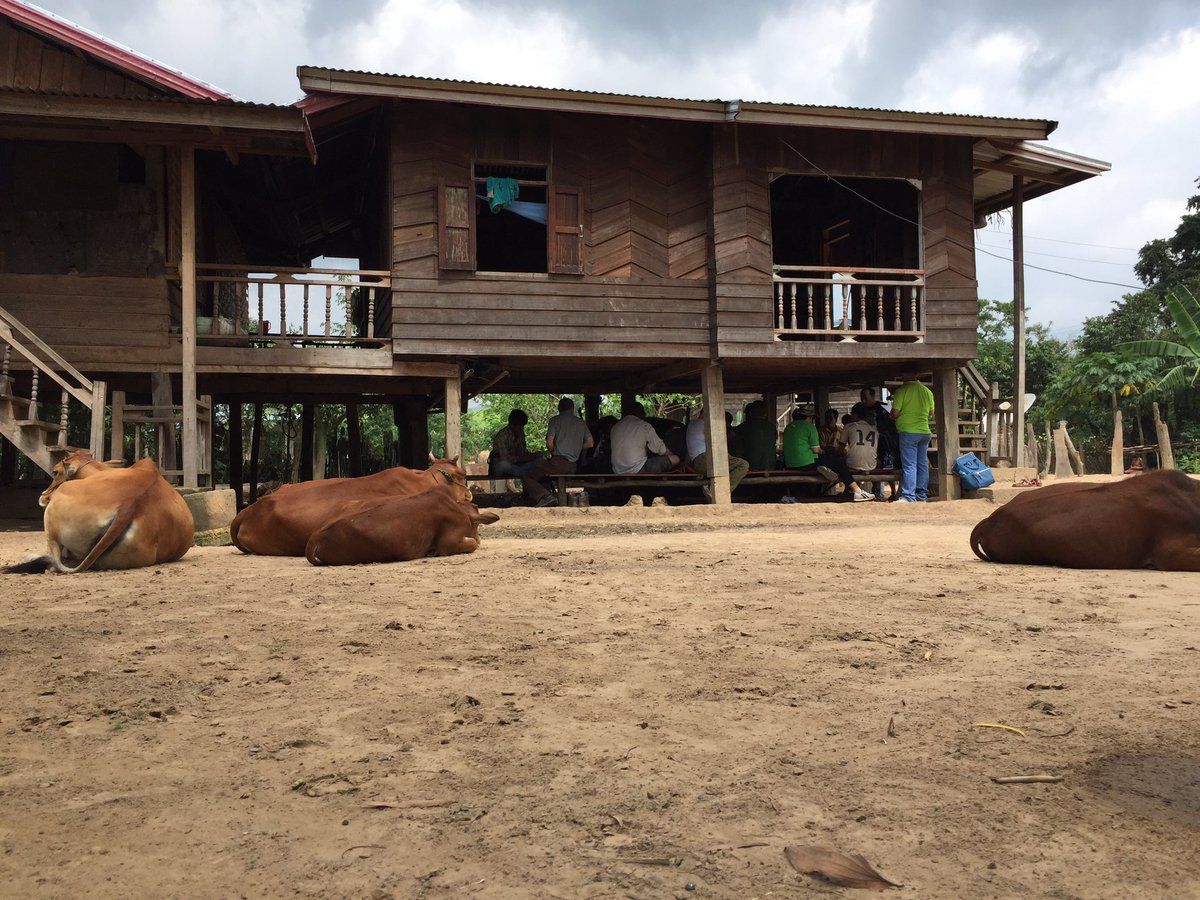 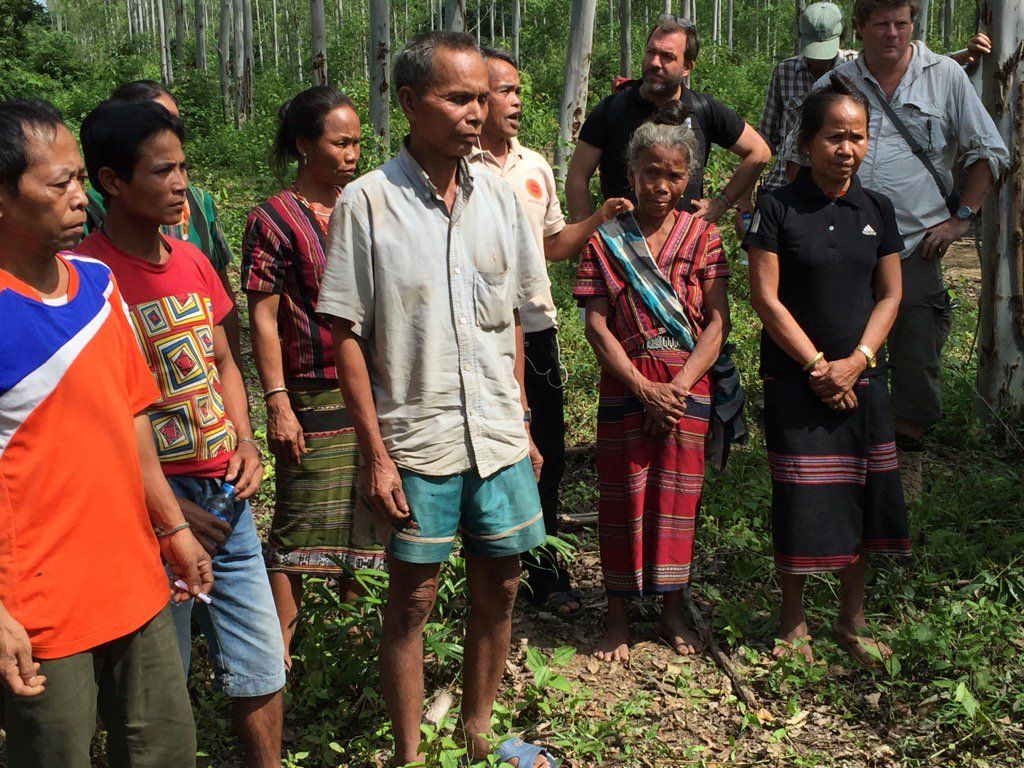 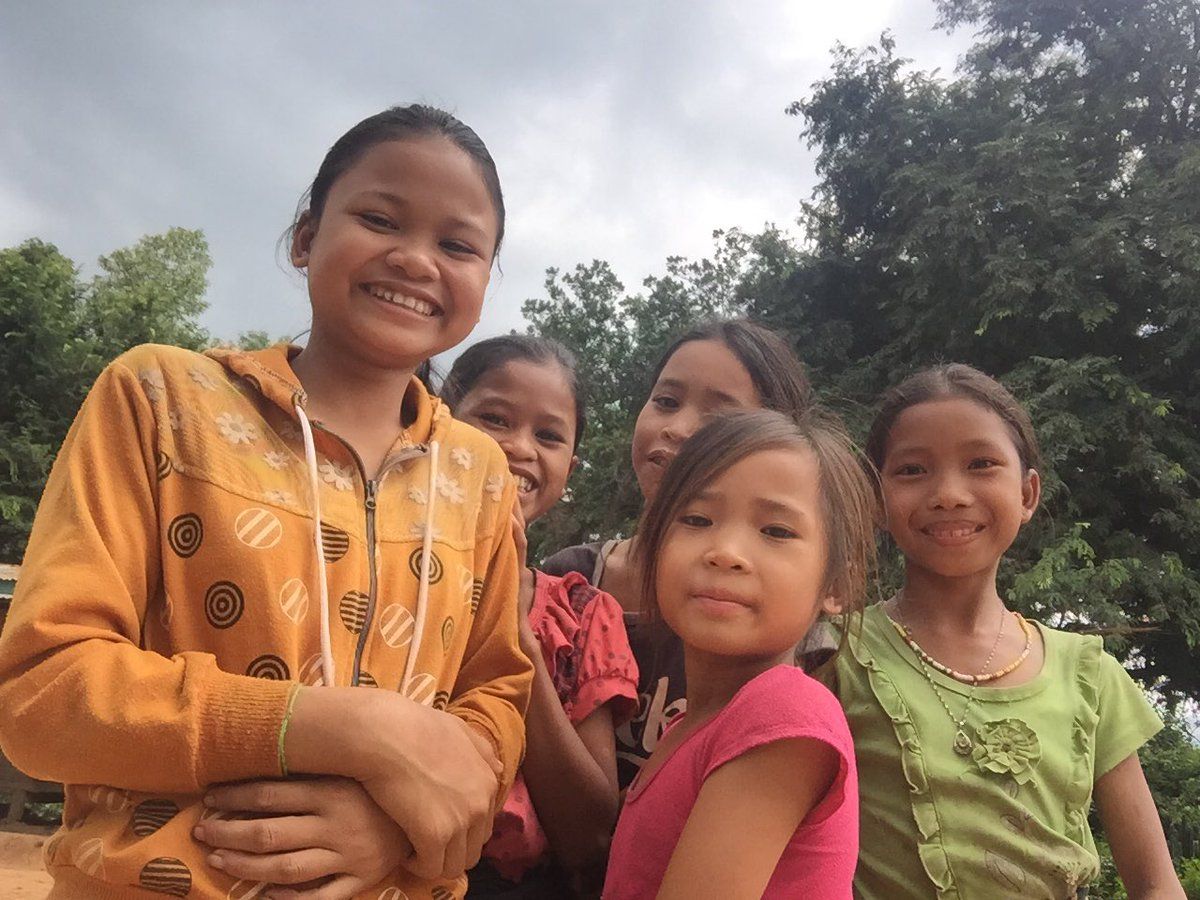 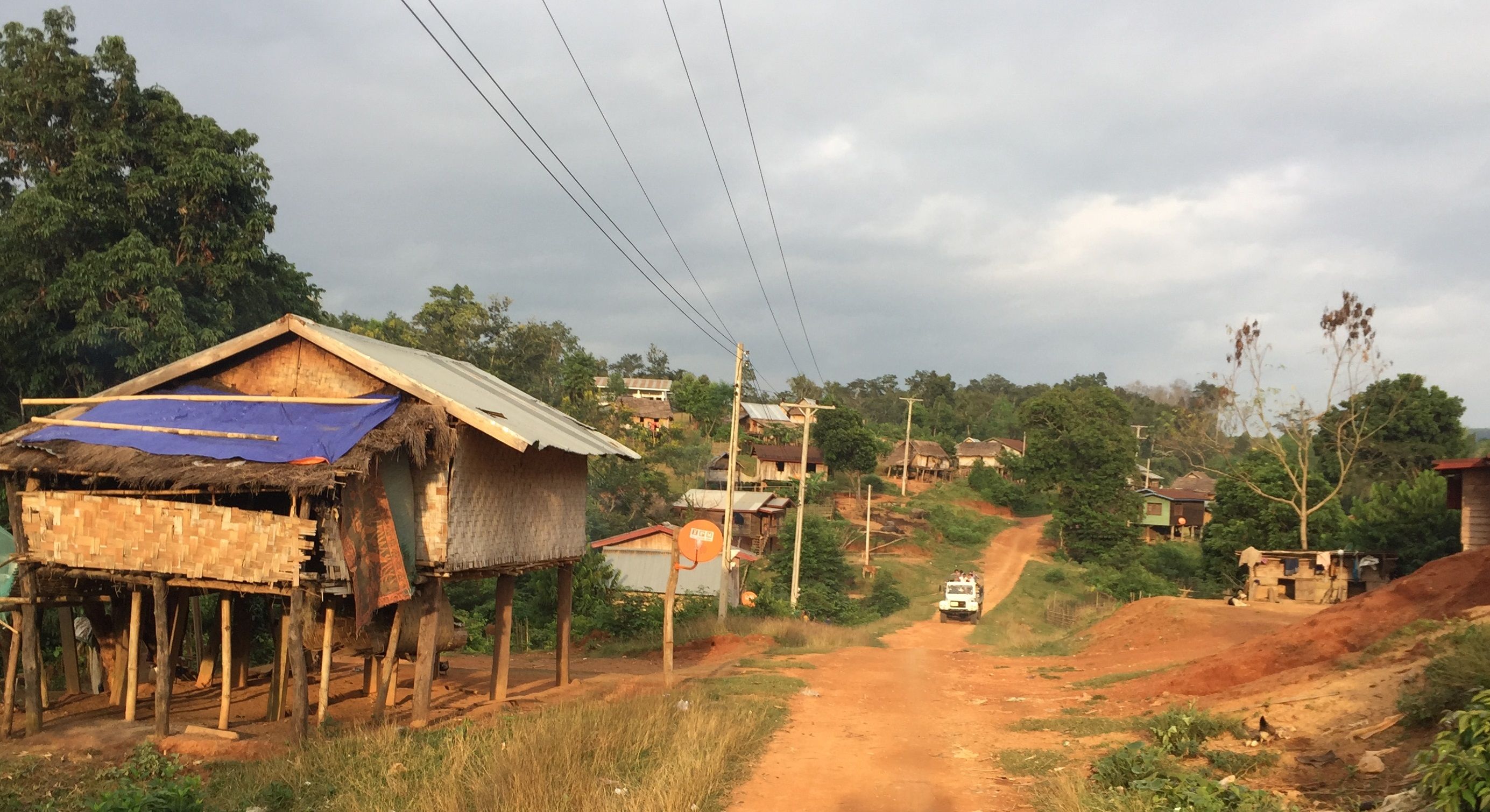 This is a unique study tour focused on the extreme challenges and opportunities faced in establishing sustainable plantations in the world’s least developed and poorest markets. 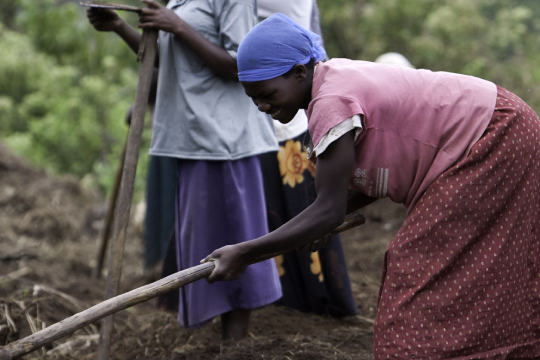 Adaptation and resilience after forest fires

In January, Chile suffered the most catastrophic fires in its recorded history, which destroyed around 600,000 hectares of plantations, native forest, grasslands and agricultural land. 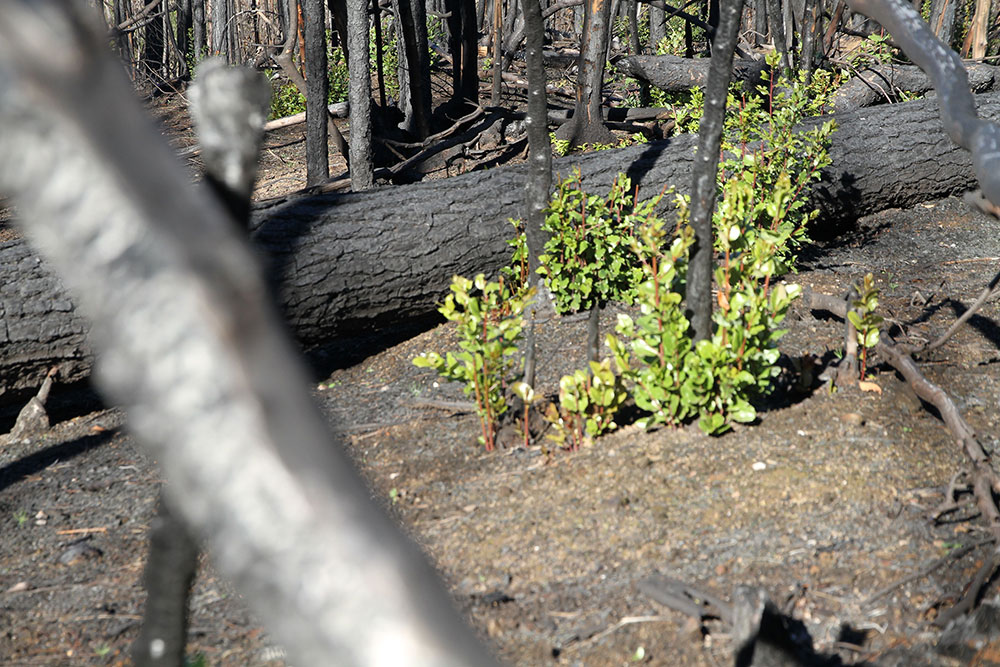